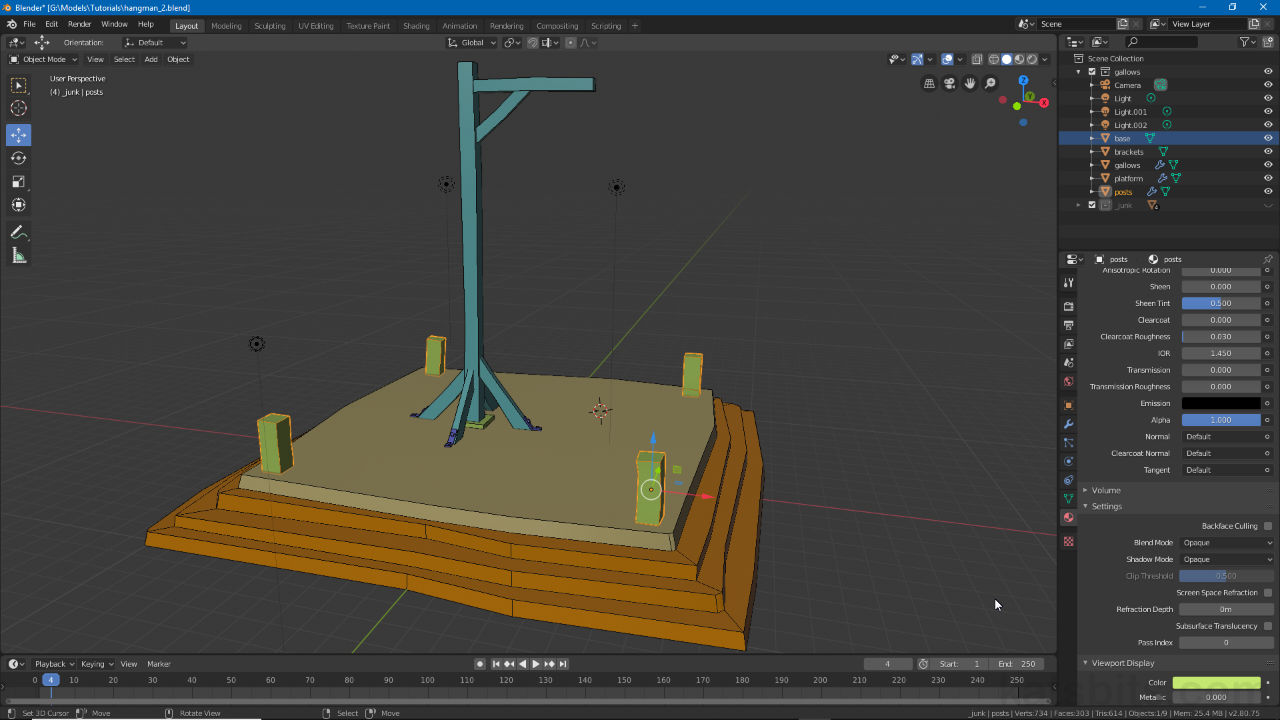 The Origin of an object is essentially the point around which an object is formed, transformed or manipulated. By default its located at the centre of mass but over time may become offset to varying degrees. To fix this a number of options are available to reset the marker relative to various aspects of a selection using Set Origin.

An objects Origin point is not always located at its centre, over time it can become offset from its default location due to editing and manipulating a mesh. Should it need to be reset this can be done using Set Origin.

What is an Origin

Origins are a foundational element around which objects, meshes in particular, are formed. They are a localised root or fixed position on the X, Y and Z 0,0,0 axes from, or around, which objects are constructed and/or manipulated, a cube for example might have each of its eight corner vertices positioned relative to the Origin (0,0,0) at the +1/-1 along the XYZ axes to produce a uniformly shaped primitive that is centred on the grid, its origin also being located at 0,0,0. In this way Origins provide the means by which objects are locally built (relative to self – meshes) and globally position (relative to the world – objects).

Design note: four vertices (typically equidistant from one another) create a square two dimensional (2D) plain, eight vertexes (similarly equidistant) create a three-dimensional (3D) cube. When Objects are placed into the scene (e.g. Add » Mesh » Cube) they are positioned relative to their respective Origin and wherever the 3D Cursor is located – they ‘spawn’ there.

A cube has vertexes in each corner at the +1/-1 unit positioned relative to 0,0,0 on each X, Y and Z axes (this makes the cubes over all size 2x2x2 units (23) – this is how the coordinates for individual vertexes in Blender are determined (locally, relative to the object).

Structures can be offset relative to an Origin being moved as an Object (global manipulation) versus a mesh (local manipulation) – relative to grid centre both objects above are offset by the same amount (2 units) which has a different affect on their origins, one remain at grid centre whilst its structure is offset (right), whereas the other is repositioned in its entirety, including the Origin.

To reset the Origin of an object or selection, in Object Mode (not Edit Mode) click Object menu upper-left of the 3D View, select Set Origin then an appropriate option, i.e. Origin to 3D Cursor (Object » Set Origin » [option]) to reset the origin to wherever the 3D Cursor is located in the Scene;

Design note: depending on the option selected the result may offset the mesh or origin unexpectedly such that it may disappear off-screen – to position the 3D Cursor open the Sidebar (View » Sidebar, or press N), click the View tab, then adjust the X, Y and Z Location coordinates under 3D Cursor. The previous shortcut to open the Set Origin quick-access menu, Shift + Ctrl + Alt + C, is not set by default in Blender 2.80 (not to be confused with Set 3D Cursor or Snap, Shift + S).

To reset the Origin, make a selection (individual object or group) and from Object » Set Origin » [option] choose an appropriate action depending on needs to be done.