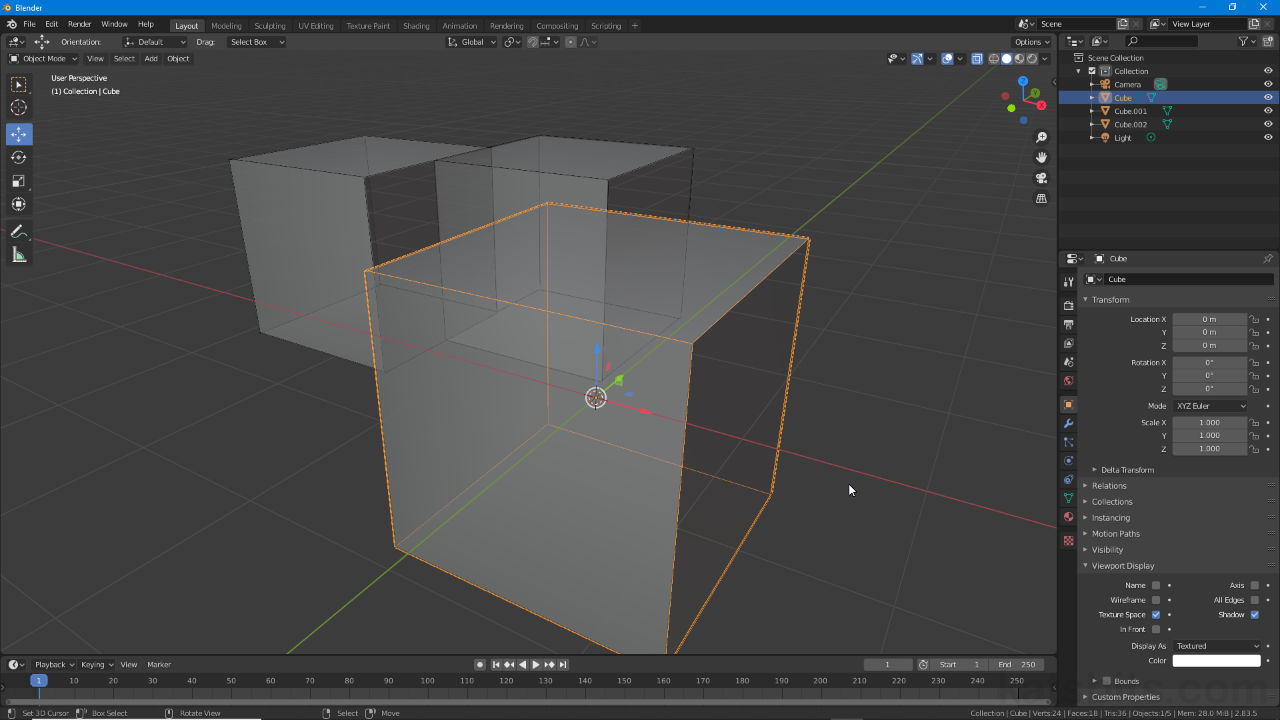 For Blender Toggle X-Ray replaces Limit selection to visible and is now a global effect rather than being selection-specific to Edit Mode. When active the effect displays the entire contents of a scene semi-transparent or see-through. In other words back-faces and anterior objects are visible through those in front regardless.

Design note: enabling X-Ray (Limit selection to visible) is not the same as using transparent materials.

To activate or enable Toggle X-Ray, click the icon [1] to the left of the ‘render’ buttons upper-right of the 3D View, or press Alt + Z. The entire scene, and all objects within, will immediately appear semi-transparent and see-through [2].

Important: when active X-Ray is limited to Wireframe and Solid modes of Viewport Shading, it does not render in Material Preview or Rendered modes (for all Render Engines). In addition the level of transparency used is not editable.

Limit selection to visible, now Toggle X-Ray [1], effects the entire scene [2] and all interaction modes not just Edit Mode as per previous versions of Blender.

In Texture Paint Workspace [1] interaction mode with Toggle X-Ray, objects can still seen behind, and interacted with, the selected item [2] as its being painted.