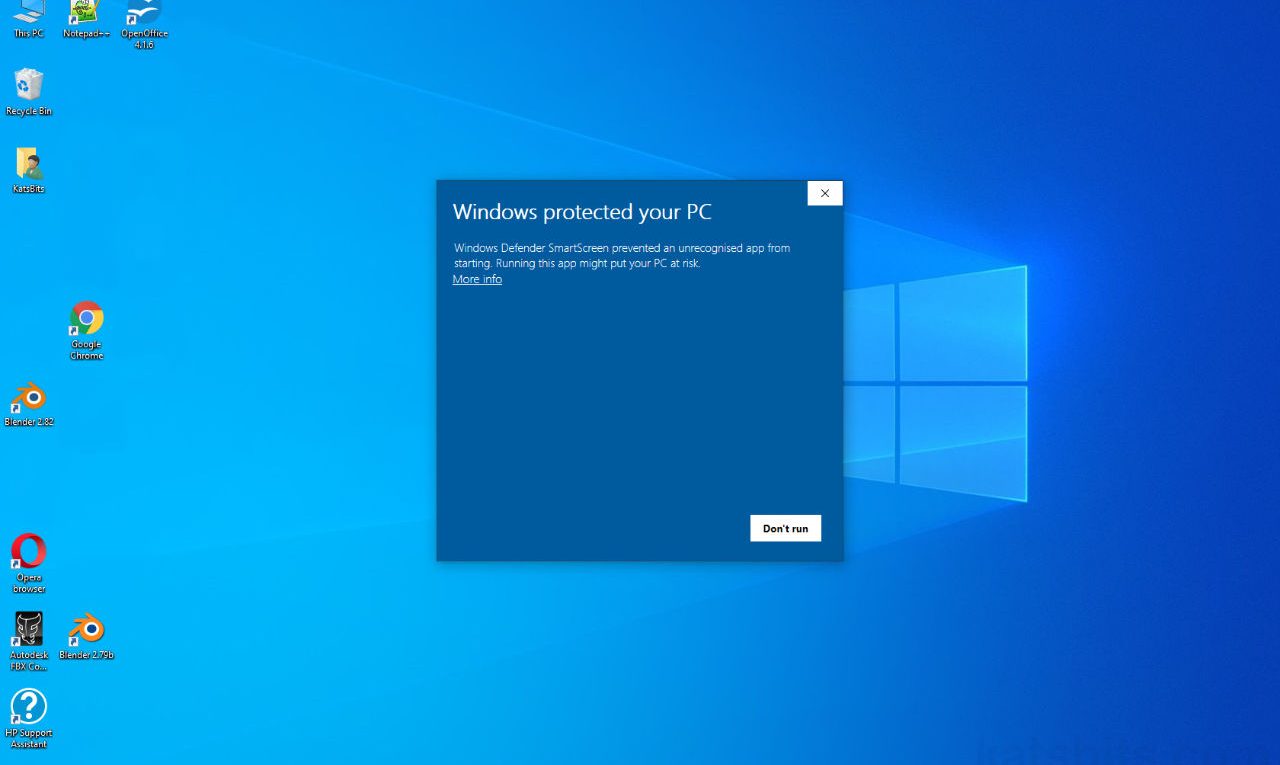 With the release of Blender 2.82 Windows 10 native system protection (Windows Firewall and other third-party services) may block the application when run for the first time after install (both *.zip and *.exe), instead displaying the following onscreen warning;

As the text suggests Windows 10 is blocking Blender 2.82 from starting because it does not recognise the initialised blender.exe as a valid or registered application.

Design note: the error occurs because Blender 2.82 introduces a new self-signed certificate of authority to verify blender.exe, one that is attributed to the Blender Foundation and not the third parties responsible for previous ‘exe’ verification (the software used to generate a compiled executable file).

Windows 10 may block Blender 2.82 when its run for the first time, showing a warning “Windows protected your PC“

To run Blender and have Windows add an exception to the systems local safe list; when the warning overlay appears click the More info link (see above). An additional bit of text appears alongside a second button, Run Anyway. Click this. Blender 2.82 should then run.

Design note: Windows should allow Blender 2.82 to run any time the application is started once the exception is added. This behaviour may change for future versions.

Windows obfuscates the ability to run errant programs behind the “More info” text link. Click this to reveal an additional button, Run Anyway, which also adds an exception with Windows Firewall once clicked.

If Blender remains blocked by Windows Security system it may be possible to specifically unblock the application doing the following; browse to the location of blender.exe, right-click the file and select Properties; in the blender.exe Properties dialogue that appears, in General and under Attributes a Block checkbox should be available, uncheck this and click Apply; close Properties and run Blender.

It is also possible to completely disable Windows Defender SmartScreen so these issues do not happen (but at risk of lowering system security). To do this; type “smartscreen” in Windows searchbar, click on App & browser control listing that appears. In the Windows Security window that opens set Check apps and files of Off disabling the service.