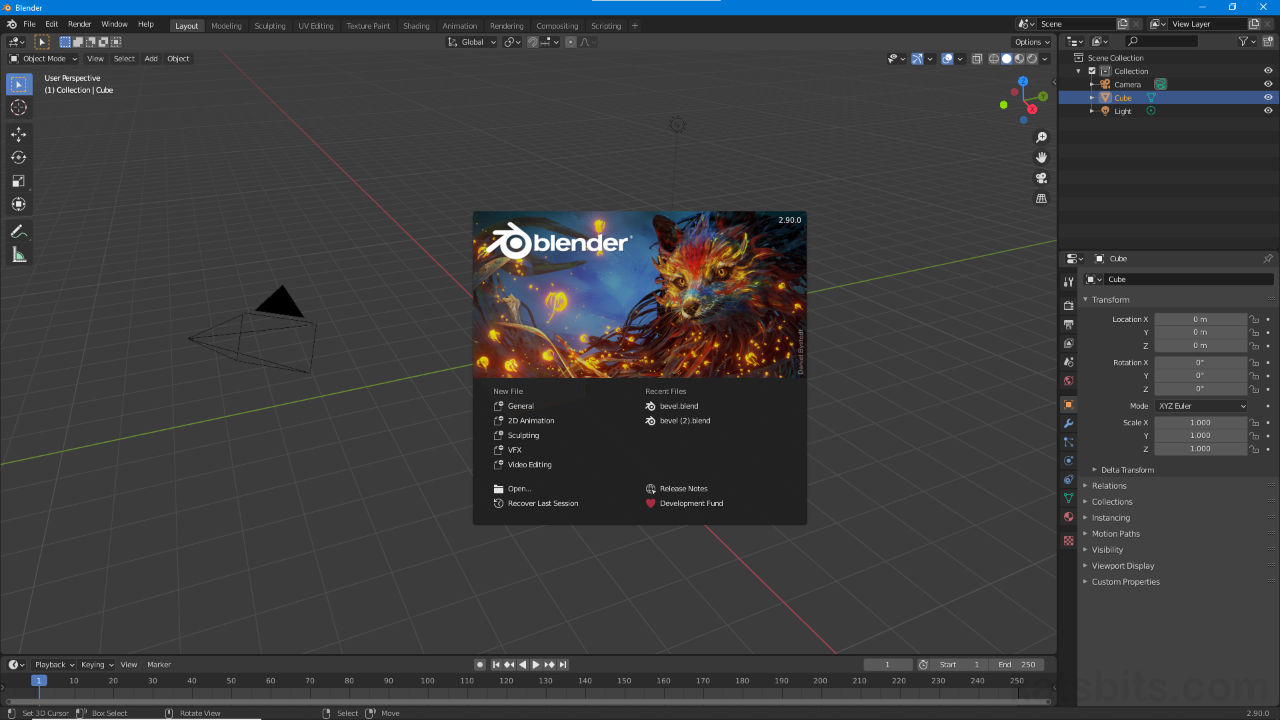 With the recent release of Blender 2.9+ there are now two active versions of the application available for use; the current Blender 2.9+ release and Blender 2.83 LTS (‘LTS’ = Long Term Support). Why is explained in this developer post, but for all intents and purposes the two versions, Blender 2.9+ and Blender 2.83 LTS, are essentially the same with one main exception; Blender 2.83 LTS is ‘feature locked’, it won’t be updated or changed with new tools, features or functionality but will instead receive extended support (two years) to cover core performance, i.e. bug, security and usability fixes, whereas Blender 2.9+, the Foundations active release (at time of writing), essentially continues to follow the normal release schedule (subject to the name change) with the latest features, bells and whistles, being supported only so long as the version is ‘live’.

This change obviously begs the question “which version of Blender should I use?“.

The answer, “use whichever version seems appropriate to the job at hand“.

In other words if stability and support is necessary, to ensure projects don’t break when opened into newer versions resulting in lost time fixing issues that arise, then Blender 2.83 LTS should be used. Whereas if the only interest is in using the latest features and effects to create content, use Blender 2.9+.

Be aware however, that as a direct consequence of the change discussed above instructional materials and information may out of date, incorrect to varying degrees or be completely obsolete more rapidly than with previous versions, or it may be more difficult to determine what sources to use numerically (searching for material that matches the version number).

With that said, to answer the follow-up question “should I/can I learn Blender 2.9+ using tutorials for Blender 2.8+“, then generally speaking “yes”, because the two versions (currently) have little of functional difference between them.

Important: functionally the two versions of Blender that are to be published from this point on will be similar in appearance differing only largely in detail, below for example the Bevel Modifier is shown assigned to a simple object (default Cube) to highlight the differences between the older (top) and newer (bottom) versions, basically organisation rather than feature availability.

Spot the difference between the Bevel Modifier in Blender 2.83 LTS (top) and Blender 2.90 (bottom)…